Everyone’s done it; you look at videos that your competitors put out and you think “how hard can it be?” But so many times people meet the same old pitfalls, and then they realise just how hard it is to produce a killer piece of film. This list of dos and don’ts will help give your video content that professional shine.

Always film in HD. If your server or software can’t handle the footage you will always be able to scale it down in post-production. You don’t want to be in a situation where you end up with poor quality footage because upscaling it can have nightmarish consequences on the look of the video.

You might think that poor audio can be rectified in post-production, but you’re wrong, it can’t. Make sure you always monitor your audio input levels because if you don’t you can spend hours fiddling with settings in post trying to get something that sounds vaguely “alright”.

This is something that I stressed in a previous post, but it can’t be stressed enough, even TV news gets it wrong sometimes. Cut your screen into thirds (figuratively) and line up your interviewees against the lines. The eyes should intersect the top horizontal line and the nose should align with one of the two vertical lines.

It will probably end up on the cutting room floor but by leaving the camera filming for a few seconds at the end of a shot you will ensure that you have enough space to adjust your edit if you have to, meaning no more harsh cuts. It’s nice to have a bit of breathing space.

Natural sound is simply the atmosphere around you, but it does have practical benefits. By recording 30 seconds of natural sound with an interviewee you gain sound bites that can be used to link your interview snippets together. No more dodgy audio jumps.

A new era for accessibility 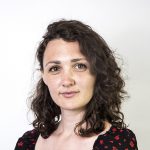 Keeping comms on track in a crisis