From the stalls to the stage 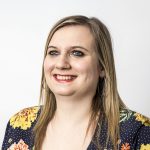 Right, I’m going home now. You stay and talk to them.’

This was it. My housemate had abandoned me in the pub at the end of our road, while it was full of people I didn’t know, and expected me to somehow strike up a conversation.

I took a deep breath and ventured over to the bar, where one of the actors from the play I’d just watched in a room upstairs was waiting to order. Her face looked friendly, but what if she thought I was weird for talking to her out of nowhere?

Also, was I weird for talking to her out of nowhere?

As she paid and went to turn away from the bar, I took the plunge.

‘Hi, I just wanted to say I really loved the play. You were great! I’m thinking of joining the group.’

Well, technically it was a step backstage, because I started off on the sound desk for one of my favourite plays, Oscar Wilde’s The Importance of Being Earnest. To be honest, it wasn’t particularly complicated, because the sound effects required for a naturalistic 20th century romantic comedy are limited. In fact, it mainly involved playing ‘The Entertainer’ on a loop (you’re welcome, audience), but I loved it.

I loved that I’d learned a new skill – albeit, on a basic level – and I loved being part of bringing an incredible production to life.

Drama was one of my favourite subjects in school, and I took Theatre Studies at A-level, but I’d let it drop at university. While I still enjoyed going to see plays when I could, I’d thought my time on stage was over.

My decision to walk into the pub that day was thanks to my housemate ­– the one who left me there with strict orders to be brave ­– who joined a hockey team soon after we moved in together in south London. Envious of the new circle of friends she’d found, I’d started to wish for a hobby of my own ­– but anything that involved running around on a field was not for me.

‘You always liked drama at school, why don’t you join a theatre group?’

A Google search and a promise that she’d come with me was how I found myself in the audience of the Southside Players’ performance in the pub that day.

Since my first production, I’ve split my time between acting and technical roles, and my Southside rehearsals have been a comforting yet exciting constant during a rather turbulent few years, featuring four changes of job and three changes of address.

Turns out, there’s nothing that makes you feel more powerful in the midst of heartbreak than running around a stage with a piece of wood masquerading as a hockey stick, leading your fictional boarding school team to victory. And hitting the buttons for the battlefield sound effects in a World War I production can be a pretty decent stress reliever too.

As well as rediscovering my passion for acting­, being a part of Southside has given me a ready-made community that spans generations and provides me with new perspectives I would never have accessed otherwise. I don’t live on the same road as that pub anymore, but I feel a connection to the area that a new postcode could ­never change.

And I know now that my love for the theatre will be lifelong.