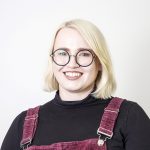 To mark International Women’s Day 2022, we’re exploring gender balance in internal comms, celebrating the women at the helm of our business, and considering the ways each of us can be a driving force toward #BreakingTheBias.

Check out what colleagues had to say in the conversation below.

How does bias affect the comms industry?
Though we’ve seen huge progress in gender equality over recent years, women across the world still face untold biases at every juncture. When it comes to #BreakingTheBias in comms, for many colleagues the focus is on how men and women are perceived in the workplace – especially when it comes to thought leadership and creative prowess.

“I previously worked in advertising, where men were seen as the ‘big thinkers’, the ideas people, and women were seen as ‘the doers’, ‘the grafters’, ‘the organisers’,” said Abi Terry, Client Services Director. “I once met with two male founders of a new advertising agency – both ‘the best of the best’ creative directors from network agencies setting up on their own. They talked a lot about how it was ‘the girls’ who made their crazy ideas happen – the girls being their PAs and the client services team. I found it pretty hard not to walk out.”

Meg Lewis, Senior Content Manager agrees: “I’ve noticed that women aren’t always positioned in the same way as men doing the same thing. When men are introduced at events, on video or podcasts, for example, it’s often with a long list of their professional accolades; less fuss is made when it comes to a woman’s contribution to the industry.”

For Content Manager Lauren Thomas, this imbalance in how men and women are positioned in the industry motivated her to want to achieve more. “Once I started to get involved in working with creative, particularly creative directors, it was often a more male environment, and I had to find the confidence to use my voice and push for ideas I felt should be considered,” she said.

What does it mean to be a female leader today?
AB’s senior leadership team is predominantly female, so our entire team benefits from the insight and lived experiences of strong women who have spent their careers #BreakingTheBias. They all agree there’s no one-size-fits-all when it comes to taking on a leadership role.

“Being a female leader means not emulating the archetype laid down by generations of male leaders,” explained AB MD Katie Macaulay. “Indeed, I would say there’s mounting evidence that men would do well to emulate their female counterparts.”

For Operations Director Tracy Gallagher, it’s all about honesty and accountability. “If you conduct yourself with absolute integrity then you’ll not only gain people’s trust but also their respect. A relationship based on trust and respect requires every team member to take responsibility for their actions – including you, as the leader.”

“Personally, I try hard to strike a balance between understanding the challenges I’ve overcome and avoiding assuming these challenges are the same – in type or severity – as those being faced by other groups or individuals,” explained Abi. “For me, leadership is very much about helping others to succeed – and that means looking beyond my own experiences.”

What does #BreakingTheBias mean to you?
This year’s theme has encouraged us to look within, and consider our own internal biases, regardless of our gender identity. “We need to be open to having our biases and beliefs challenged and, ultimately, upended,” said Katie.

As host of The Internal Comms Podcast, Katie recognises that giving women a platform makes a big difference. “I’m actively looking for guests who have broken the mould or confounded the stereotype,” she explained.

Meg echoed this sentiment: “To me, breaking the bias means women of colour having the same opportunities to progress in their career; women of all ages and situations being able to bring their whole selves to work,” she said.

Truly understanding the unique challenges women face in the workplace, and society at large, is also integral to creating an equitable working environment. “As a young woman, I still worry about my career prospects later on in life,” shared Lauren. “If I chose to start a family or return to work part-time, how much would I have to sacrifice?”

Businesses can make a difference at a policy level. “In my opinion, parental leave should be offered more equally to couples of all descriptions to share work and home life commitments, allowing people flexibility to make family choices without having to sacrifice career goals,” she suggested.

How can internal communications #BreakTheBias?
According to the World Economic Forum, gender parity may take another 100 years to achieve. “That’s far too long,” stated Katie. “We communicators need to step up to the plate.”

But where to begin as comms professionals? “Gender-neutral language is the first step,” Katie explained. “As a writer, it’s good to ask yourself: what assumptions have I made? For example, have I used language that assumes the CEO is a man or the caregiver is a woman?”

For Tracy, it’s all about great storytelling. “We can support our clients by ensuring their people stories are rich and varied in terms of perspective and influence. It’s about making sure content is balanced across gender lines and is respectful to diversity, which will be more meaningful to a wider audience and therefore have greater impact.”

Ultimately, a huge part of crafting impactful, truly representative comms that resonates with employees is getting to know your audience. “We have a duty to ensure the content we’re putting out into an organisation is representative and sensitive to the needs of everyone we’re serving,” said Abi. “Editorial panels can play a crucial role in bringing new perspectives to the table.”

How can allyship help create a gender-equal workplace?
Gender equality is an issue we should be united on, regardless of how we identify. It’s essential that we open up the conversation to find ways we can all contribute to change.

“A patriarchal society is damaging for all genders, so it’s equally important for men to acknowledge the issue and not let the past dictate the future,” said Andri Johansson, Senior Designer. “I think championing an inclusive culture is the key so that everyone feels valued equally and given space to share their perspectives.”

There are many ways the men in our workplaces can practise allyship. Creative Director Joel O’Connor suggests mentorship can play an integral role.

“I’m lucky enough to be surrounded by a team of female leaders full of integrity, drive and ambition, who have helped me personally and professionally over the years,” he said. “I’d encourage more women to mentor men in the workplace. Mentoring can really help anyone at any stage of their career, but doing this with entry-level team members could really help shape a positive, unbiased mindset from the beginning.”

Designer Robert Galt suggests “calling out any gender inequality women experience from their colleagues, and supporting female colleagues for promotions.”

What we all agree on at AB is that representation matters, year-round. “Spotlighting female leadership and achievement in all its forms should be done all year round,” Abi concluded. “This is crucial to inspiring the next generation of leaders – particularly those who might not think they fit the mould.”

Today and every day, we celebrate the women that are leading AB into the future. We each make a commitment to continue #BreakingTheBias, working towards an equitable future for all.

Discover more about International Women’s Day and how you can get involved.

Let empathy lead the way with your frontline colleagues