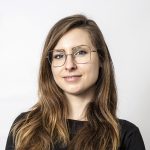 John is late, as usual. George yawns, and Ringo looks on lethargically. Paul is strumming the guitar. George joins in on his guitar and Ringo claps out a beat. By the time John arrives, The Beatles’ next single, “Get Back”, is half-baked.

The Get Back documentary, directed by Peter Jackson, captures the days that the band spent together in January 1969, writing and recording songs for the new album. The band is on a tight schedule – they have just a matter of days to pull the album together for a TV special.

Watching the documentary gives us a rare chance to watch a truly world-class team at work. How they got there was left largely to them, and many creative teams will be well aware that such tasks don’t always work out on such tight deadlines.

The Beatles is a team, just like any other.

As much as I was disappointed to learn that the album wasn’t written while they were rolling around in strawberry fields high on magic mushrooms, I was enthralled by the differing roles each Beatle played in producing such creativity. At times I found it frustrating to watch the band’s constant bickering, though it was eye-opening to see just how invaluable each Beatle’s input was in the creation of the musical art.

The question of what makes a team sing is principle in management research.

The creative process is never linear, and this is clearly the case for the band, too. When George is struggling for a line to follow “Something in the way she moves,” John’s advise is simple: “Just say whatever comes into your head each time – ‘attracts me like a cauliflower’ – until you get the right words.”

I found the role of Ringo to be the most intriguing. When he is not actually playing, the band’s drummer spends most of his time either asleep or looking confused. When the other three bicker, Ringo smiles joyfully. To a casual observer, he may seem dispensable. But musically, nothing works without him, and as a team member he softens conflict and bridges divides.

Psychological make-up matters to how teams come together. Studies have found that the performance of groups is not matched with their members’ average intelligence, but with characteristics such as sensitivity and how good teams are at giving everyone time to speak. Ringo provides backing; the band would be less cohesive without him.

The Beatles are not always supportive of each other – George, feeling disregarded by John and Paul, briefly quits the band. At one point Paul yearns for a “central daddy figure” to set them straight on their scheduling. But as a team, they pull it off, and each individual is as responsible in the success of what they created.

As a creative manager of designers, content managers and copywriters, my clear take-away from watching the documentary is that The Beatles work so well as a team because they love what they do for a living. When they are not playing music, they are talking about it or thinking about it. They did take after take of their own songs and jam constantly.

Some managers think that building esprit de corps requires a separate activity from work – axe-throwing or GIF battles – but this misses a fundamental point. The highest performing teams obtain the greatest satisfaction not only from each other, but from the work they do together.

The creative team at AB thrives by working collaboratively. We take so much fulfilment and pride in all that we produce for ourselves and our clients. The combination of a deadline, autonomy and hard work yields remarkable results, and I am very proud to say I love my job.